Shares of Energous, a company developing long-range RF-based charging technology under the name “WattUp,” nearly doubled today, apparently driven by a Bloomberg report this morning indicating that Apple has been working on a MagSafe battery pack for its iPhone 12 lineup. The story was kicked off earlier this week when MacRumors contributor Steve Moser discovered a non-specific reference to an iPhone “battery pack” in the latest beta of iOS 14.5. 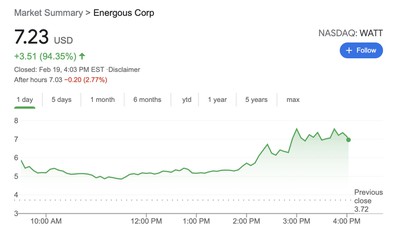 According to a
report this morning from
CNA Finance, investors are betting on new rumors that Energous and Apple are working together on wireless charging, based on a “previously overlooked SEC filing.” The report has been picked up by several financial news outlets, including
The Street and
Seeking Alpha. 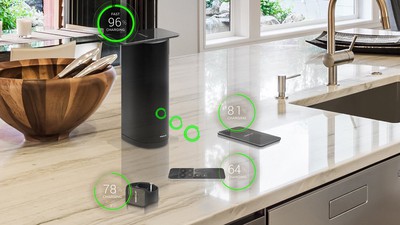 Setting aside the fact that Apple’s inductive
MagSafe wireless charging relies on different technology than the RF system being developed by Energous, there’s another issue with today’s rumor, and that’s that the apparent filings in question which mention “Apple compliance testing” for WattUp technology were filed back in 2013 and 2014 and were
widely covered in the media in 2016. The last time an Energous filing with the SEC mentioned Apple was in December 2014.

There was a flurry of interest in Energous back in 2016 and 2017 amid rumors of an Apple partnership, but that speculation quickly died down and things have been essentially silent for several years now. Energous has continued to develop its long-range charging technology, working with Dialog Semiconductor on transmitter and receiver hardware but so far deploying it only in a few niche applications such as equine health monitoring.